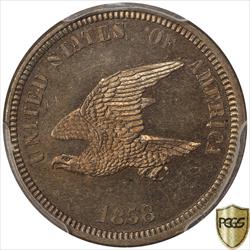 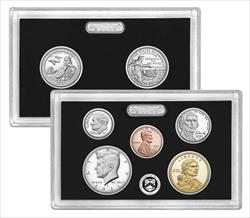 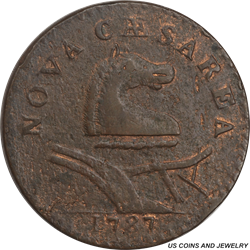 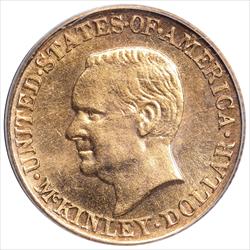 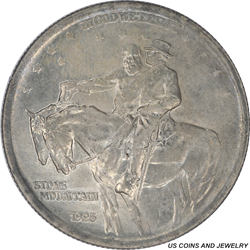 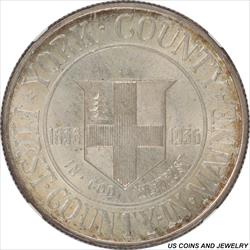 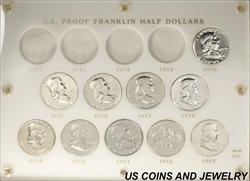 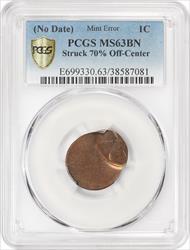 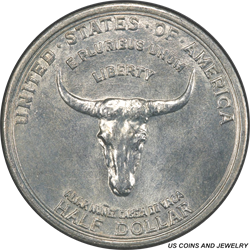 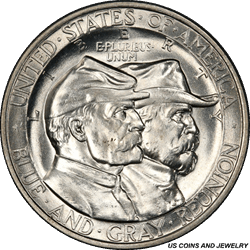 Whether you’re an avid collector looking to build your collection, a coin enthusiast browsing options, or somewhere in between, U.S. Coins and Jewelry is where valued coins are bought! From rare and hard to find coins to collectible coins and coin sets, our selections include; colonial coins, commemorative coins, mint error coins, pattern coins, plus a vast selection of high-value certified collectible numismatic coins.

Colonial coins refer to the money that was in circulation in the British American colonies as early as 1652 all the way to 1792. In 1792, the Coinage Act of 1792 established an official government-issued monetary system. Colonial coins are highly collectible due to their historical significance and appeal. While there is a variety of Colonial coins, two of the most popular and collectible Colonial coins are the Brasher Doubloon and the Fugio Coppers.

Colonial coins are quite rare and very collectible with their historical significance and appeal.
Shop Colonial Coins at U.S. Coins and Jewelry

Commemorative coins technically are legal tender but are more often than not simply collected. This history of these coins goes back to 1892 with a half dollar that marked the 400th anniversary of Christopher Columbus’s historic voyage. For the following decades, they issued more commemorative coins primarily to special interest groups that had dealings with Congress.  The last of what collectors consider a “classic” commemorative coin was the Carver/Washington half dollar issued in 1954.

In 1982, the official U.S. Commemorative Coin program began and issued new coins. These newly issued coins often celebrate places, people, institutions, or events. The price of commemorative coins is usually above the face value of the coin, and the extra money from these coins tends to go towards supporting various public works projects.
Shop Commemorative Coins at U.S. Coins and Jewelry

Major mint errors are highly collectible. The most famous mint error is the 1943 Bronze cent. These were mistakenly struck during World War II when they were supposed to produce cents in steel so copper could be made into shell casings.
Shop Mint Error Coins at U.S. Coins and Jewelry

Sometimes pattern coins were struck to show Congress members or interested parties what new designs look like. Or they struck a pattern on a different type of material to view the printed design. Below are some reasons why a coin design may have been rejected:

Between 1858 and 1885, the U.S. Mint produced pattern coins not solely for demonstrative purposes but to be sold or traded. Due to the variety of available coins, pattern coins are very collectible. Some patterns in existence are unique and rare due to only a few ever struck.
Shop Pattern Coins at U.S. Coins and Jewelry

How Much Do Other Coins Cost?

When determining the price of coins, there are numerous factors that have a role in the coin’s price tag. Additionally, the condition of each coin is a key factor in its price. View our coin grading guide to learn more about how coin condition is a factor in its price. Also, the rarity of the coin and its circulation history also play a role in the price of the coin. If you have questions about a coin’s value, call us at (713) 597-6367 to talk to a coin specialist.

How to Sell Other Coins?

From raw and certified coins to a key coin that completes your collection, you can trust the team at U.S. Coins and Jewelry to give you top-notch service and the best quality for your money. Best of all, U.S. Coins and Jewelry is an authorized dealer with NGC (Numismatic Guarantee Corporation) and PCGS (Professional Coin Grading Service), so you know you are getting the best value for your coins. Ready to get an appraisal on your whole coin collection? Contact us today at (713) 597-6367 to sell your other coins today!

Deciding which coins to buy to maximize your investment can be overwhelming. At U.S. Coins and Jewelry, we have assembled several resources to help our clients understand the coin market. See our glossary of coin collecting terms, our appraisal reference guide, our coin grading guide, and more resources on our website. You can also reference our blog for the most up-to-date information on the coin markets. These resources can help you find out which coins have the most value and how to navigate the buying and selling process.