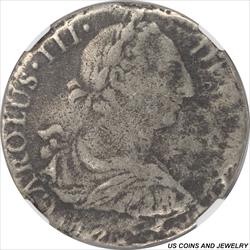 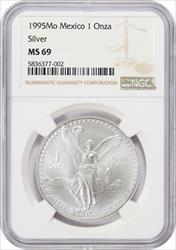 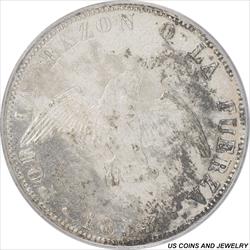 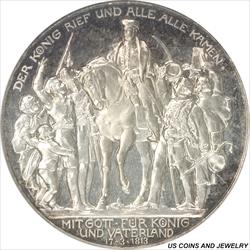 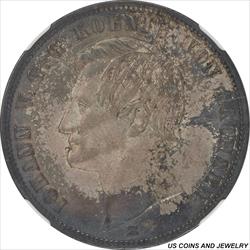 Coin collecting and trading has always been a lucrative way to invest but how do you know which coins to buy and sell? Well, there are many ways to invest in coins. The most obvious way to invest is in coins that have a specific date stamped on them. Small things like a date stamp may sound insignificant but the difference of a few years could have a major impact on the value of the coin. A few years may be the difference in materials used, designs changed, historical events, or even errors made in the design making it very rare and valuable.

To hold the value of being a collectible, the coins you’ve gathered should be treated with care to preserve their value. These won’t be coins you’re stuffing in the piggy bank. Instead, they should be sealed and kept free from fingerprints and other things that may tarnish and scratch the surface of the coin. Many factors go into grading coins but remember, the higher the coin’s grade, the higher value it brings.

Finally, these aren’t your everyday coins. The coins we’re talking about are struck of gold and silver so they already hold the value of the price of that precious metal, also bringing a higher value. As with most investments, coin investing is all about timing.

This method of investing isn’t for everyone; you will need an interest in collecting coins, too. You can always find a wide variety of coins available to buy, but not all of them are worthwhile investments. Brush up on coin terminology and start investing in a collection of rare world coins!


Where Do Their Coins Come From?

American Eagle Gold Bullion Coins quickly became one of the world’s leading gold bullion investment coins produced from gold mined in the United States once authorized by the Bullion Coin Act of 1985. American Eagles use the durable 22 karat standard established for gold circulating coinage over 350 years ago, plus small amounts of alloy. The Augustus Saint-Gaudens $20 gold piece, minted from 1907-1933 inspired the obverse design of the American Eagle. The reverse design, by sculptor Miley Busiek, features a male eagle carrying an olive branch flying above a nest containing a female eagle and her hatchlings. The American Eagle comes in various sizes: 1 oz., 1/2 oz., 1/2 oz., and 1/10 oz.
Buy American Eagle Gold Coins

Since becoming minted in 1986, the Commemorative gold bullion coin comes in five-dollar denominations. All Commemoratives are issued as either Brilliant Uncirculated or Proof with various images that celebrate and honor American people, events, places, and institutions. Each coin contains .24187 of troy ounces of 90% gold. The Commemorative gold coins are minted in the traditional size of a Pre-1933 U.S. gold $5 coin and arrive in Mint Capsules.

The official gold coin of the United Kingdom—and one of the most famous bullion coins in the world, the British Gold Sovereign was first minted in 1817 by the Royal Mint in London. Once minted in South Africa, Australia, and Canadian, today, these uncirculated coins are only minted by the Royal Mint, and the British government guarantees each coin’s weight, purity, and content. Each coin contains .2354 troy ounces of 91.67% gold and has a face value of one-pound sterling. In 1604 during the early reign of James I, these famous gold coins were discontinued and were introduced back into production following the Great Recoinage of 1816.
Buy Gold UK Britannia Coins

The Mexican coin gold, better known as the peso, is a relatively affordable option for gold investors and represents Mexico’s finest gold coin. Minted throughout the 20th century at the famous Mexico City Mint, gold pesos contain .900 fine gold. Mexican Gold Pesos have been a Gold Bullion enthusiast favorite for years because of their beautiful designs and reasonable trading price. The coins come in various sizes and weights from the 2 Peso through the 50 Peso.
Buy Gold Mexican Peso Coins

China issued the Chinese Panda Gold Coins picturing an adorable Panda design in 1982. These popular coins were issued in proof-like brilliant uncirculated quality with a different design each year through 2000. With 2001 issues, China announced a freeze of the design; thus, the 2002 Pandas were identical to 2001. But collectors spoke up on behalf of annual changes, and China has responded by reversing their policy and announcing new designs for the 2003 Pandas. Chinese Panda Gold Coins come in various sizes: 1 oz., 1/2 oz., 1/4 oz., and 1/10 troy oz. of .999 fine gold.

The Austrian Philharmonic, referred to as the Vienna Philharmonic, is the best-selling gold coin in Europe. In 1989, the chief engraver of the Austrian Mint, Thomas Pesendorfer, came up with a design that reflected the pride Austrians have for their orchestra. The obverse features that image of the Musikverein pipe organ found inside the Golden Hall in the Innere Stadt neighborhood of Vienna, and the reverse includes a variety of instruments used by members of the Vienna Philharmonic. The Philharmonic is struck in pure, 24-karat gold and comes in various sizes: 1 oz., 1/2 oz., 1/4 oz., and 1/10 oz.
Buy Gold Austrian Philharmonic Coins

In 1986, the U.S. Mint first released the American Silver Eagle in the one-troy ounce size and since has been produced at three mints: the Philadelphia Mint, the San Francisco Mint, and the West Point Mint. The American Silver Eagle is guaranteed to contain one troy ounce of 99.9% pure silver and its content, weight, and purity certified by the U.S. Mint. The obverse features Adolph Wienman’s “Walking Liberty” design where lady liberty is dressed in a traditional toga, holding a bundle of oak and olive branches while her other arm is held out as a gesture of welcome as she passes through an open field with the morning sun appearing. The reverse showcases the iconic American Eagle with its symbolism for liberty and freedom while sporting the crest of our star-spangled shield on its breast and one talon holding arrows while the opposing is holding an olive branch to show how America is strong with hopes for peace and prosperity.
Buy Silver American Eagle Coins

The first U.S. Silver Dollar Commemorative coins issued were in 1983. Most commemoratives come in lots of five randomly picked coins that each contain .900 fine silver with .7734 troy oz of silver. Most of these coins are from 1983 to 1991, and lots consist of both proof and business strike varieties chosen randomly from available stock.
Buy Silver Commemorative Coins

In 1988, the Royal Canadian Mint first introduced the 1-ounce Silver Canadian Maple Leaf, and it's issued annually by the Government of Canada. They are known for having a high silver content of .9999 fine Silver. This silver content combined with the beautiful Canadian maple leaf design enhances the reflective surface of the Silver Maple, making these coins pleasing to the eye. The Silver Maple Leaf's obverse displays the profile of Elizabeth II, and there have been three subsequent standard versions of the Queen's profile by the following designers:

The Austrian Philharmonic (Vienna Philharmonic) is a silver bullion coin produced annually by the Austrian Mint as legal tender. Beginning in 2008, it is now the highest minted and most well-known silver bullion coin from Europe, and it weighs exactly 1-troy ounce of .999 fine silver. The obverse of the coin depicts the great organ in Vienna’s concert hall, home of the famed Vienna Philharmonic Orchestra. The reverse shows a harmonious medley of musical instruments—a string bass, cellos, violins, a bassoon, harp, and Viennese horn. Austrian Philharmonics come in various sizes: 1 oz. and 1/2 oz, 1/4 oz., and 1/10 oz.


Buy and Sell World Coins with Us

Visit us at U.S. Coins and Jewelry if you are interested in buying or selling coins from around the world. We are Houston’s most trusted source for high-quality precious metals. Stop by at 8435 Katy Freeway in Houston. All premiums on gold, silver, and other precious metals change on a daily basis, so please call us for a current price quote or to lock in a price!