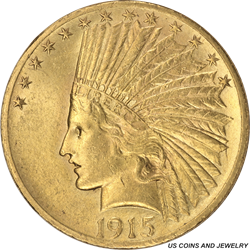 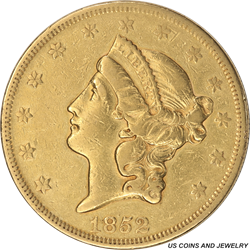 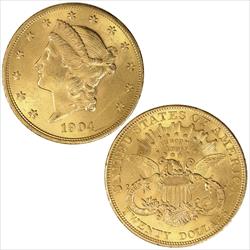 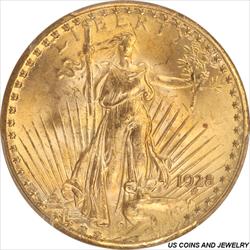 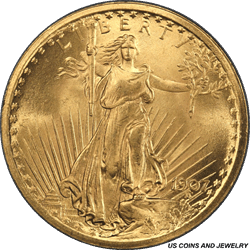 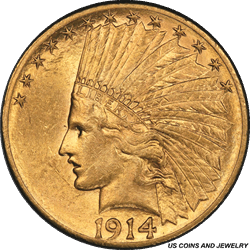 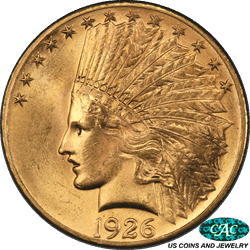 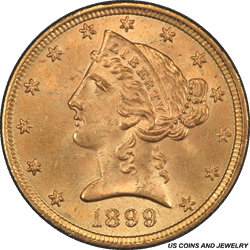 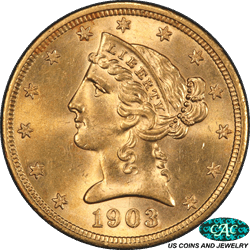 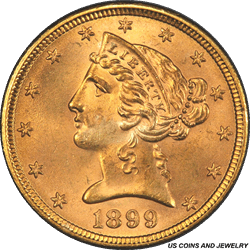 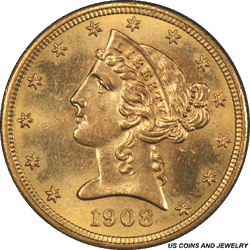 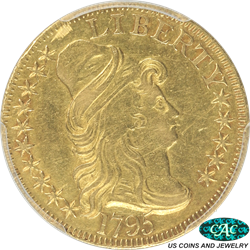 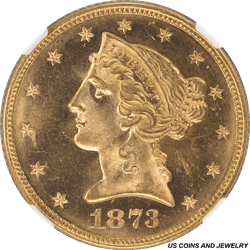 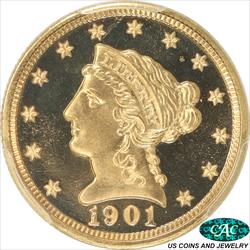 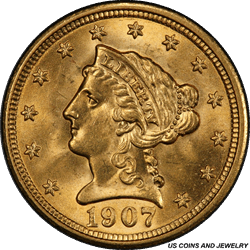 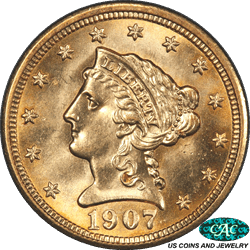 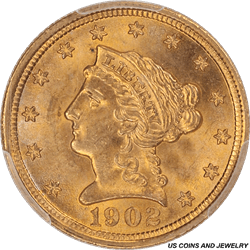 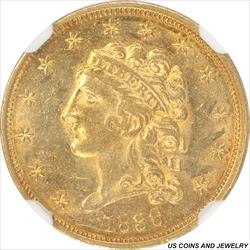 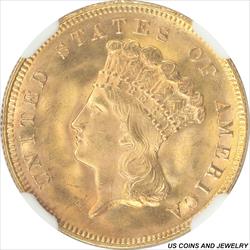 Pre-1933 U.S. gold coins are not only historically significant, but they are also extremely collectible as well as highly sought after works of art. All of the pre-1933 coins are vintage gold coins minted before the signing of the 1933 Gold Recall Act. These pre-1933 coins come in a variety of designs in mint-stated grades as well as raw forms in varying conditions that offer investors an opportunity to gain physical gold as well as collect coins. Pre-1933 gold coins are a piece of history you can hold in your hand.

The history of pre-1933 US gold coins dates all the way back to the end of the 18th century. The Coinage Act of 1792 was the legislation that first sanctioned the production of U.S. coinage. However, the production of gold coins really began with the half eagle ($5) and eagle ($10) in 1795. Throughout the early history of the United States, Gold coins served as currency until their confiscation in the early 1930s.

During Herbert Hoover's presidency in 1929, the stock market crashed, bringing the US economy to a grinding halt, leaving millions of people unemployed, creating massive home foreclosures, and leading to the hoarding of gold. The number of people hoarding gold helped stall economic growth, which made the economy even worse.

In 1933, during the height of the Great Depression, President Franklin D. Roosevelt (using the “Trading with the Enemy Act of 1917”) issued an executive order 6102 the day after his inauguration. The order required that all persons in possession or control of gold coins, gold bullion, and gold certificates (i.e., paper currency redeemable in gold coin of the United States) must turn them into any federal reserve bank or any “member bank” of the Federal Reserve System within 25 days or there would be fines or prison sentences. There were even rewards for turning in someone with gold after the 25 days. This order made it illegal for American citizens to hold monetary Gold.

There was an exception to this order the rare pre-1993 gold coins were exempt from government confiscation, which; allowed those coins to be owned legally and spared them from being melted into a bar. Once they returned the other gold to the US Treasury, the gold was then melted and cast into Gold bars. This federal government recall and meltdown made the previously common gold coins very rare. Executive order 6102 affected many collectible gold coins and the course of history for monetary gold.

In fact, estimates have less than 1% of these Pre-1933 gold coins surviving. This single act from Roosevelt alone makes it extremely hard to believe that so many of the rare pre-1933 gold US coins are still on the market today. It has also made pre-1993 gold coins some of the most desirable items among collectors and investors alike. They come in a variety of denominations which allows collectors options that work within their budgets or investment strategies.

Minted by the United States government prior to 1933, these coins offer investors the opportunity to gain exposure to both physical gold as well as coin collecting. Pre-1933 U.S. minted gold coins were struck in .900 purity and are available today in both graded and raw form with many size options, designs, and grades to choose from. NGC and PCGS certified coins are available in mint-state grades while ungraded coins are also available in varying conditions. Depending on the scarcity and condition of the coin, pre-1933 gold coins often fetch higher premiums over the gold spot price than similarly sized gold bullion.

Being that there are a variety of pre-1933 US coins in existence, the designs of them vary quite drastically from coin to coin. With that said, the fact that many of these coins were produced during the same time period means that as much as their designs are different, they are similar in a lot of ways as well. The three designs that describe a majority of U.S. gold coins minted prior to 1933 include the Liberty Head, Indian Head, and St. Gaudens designs.

The designs of these pre-1933 gold coins are all impressive, but investors are most likely more concerned with how much gold is present in them. Every pre-1933 gold coin is comprised of 90% gold. The other 10% is made up of filler metal, most often copper added to increase the strength and durability of the coin.

At the time of their minting, the gold content of these spectacular coins was closely in line with the coin’s intrinsic worth. Today, the legal value is dwarfed by how much the gold content alone would fetch on the open market. The California Gold Rush of the late 1840s and early 1850s kicked the production of gold U.S. coins into overdrive as the U.S. Mint was provided with a heavy surplus of gold from the scores of mines popping up all over the western United States.

Throughout the duration of the 19th century up until the early parts of the 20th century, gold coins were minted continuously and often in large quantities. Once the financial woes of the Great Depression began to more readily grip the United States and the world, President Roosevelt decreed that the ownership of physical gold was now illegal for US citizens. Beginning in 1933 and lasting through the next few years, it was mandated that all US gold coins be returned to the US Treasury, and they made the executive decision to meltdown a majority of the coins to make gold bars. This occurrence alone makes it extremely hard to believe that so many pre-1933 gold US coins are still on the market today. Contact U.S. Coins and Jewelry, one of the nation’s largest dealers in U.S. gold coins and Buying & Selling Pre-1933 US Gold Coins.