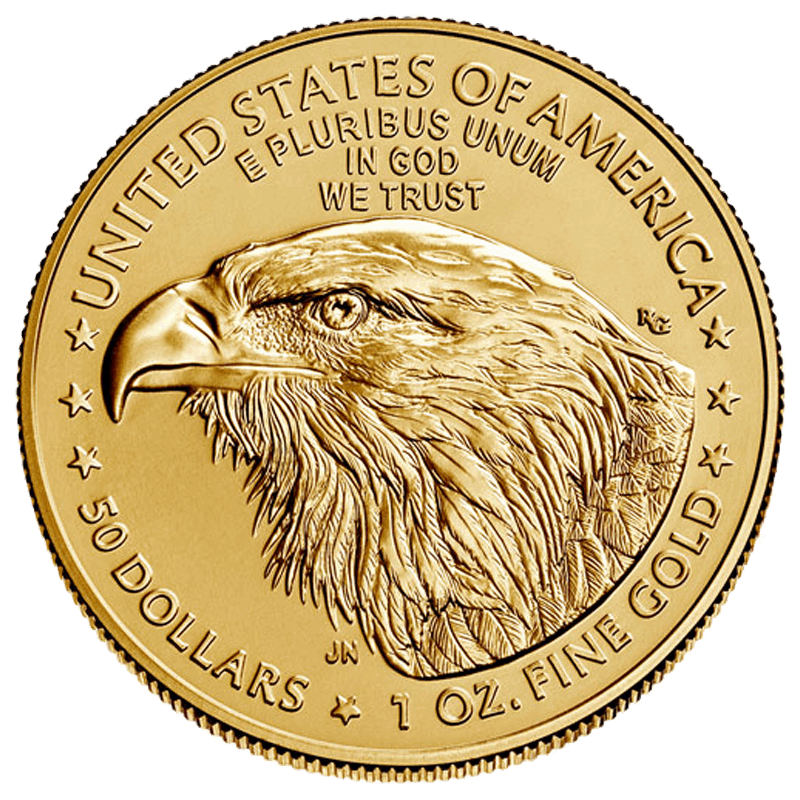 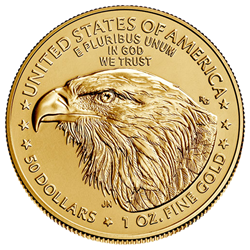 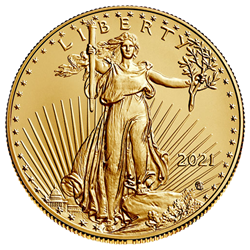 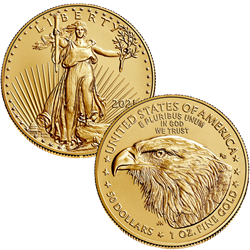 
THE NEW GOLD AND SILVER EAGLES HAVE TAKEN FLIGHT...
The 35th anniversary of the American Eagles arrives in 2021 and brings with it some of the most important changes the series has ever seen!

Designed by Artistic Infusion Program (AIP) artist Jennie Norris, it features a close-up profile of the head of a bald eagle facing left surrounded by statutory inscriptions above it for UNITED STATES OF AMERICA, E PLURIBUS UNUM AND IN GOD WE TRUST. Those inscriptions are separated by three stars on each side of the eagle, and below them appear “50 DOLLARS,” and 1 OZ FINE GOLD.” This new design was sculpted by Renata Gordon, who has been a U.S. Mint sculptor-engraver since 2010 when she graduated from the University of the Arts in Philadelphia, which is where former Chief Engraver John Mercanti studied.

The Obverse: Lady Liberty remains on the obverse of 2021 American Gold Eagle Coins. This design from Augustus Saint-Gaudens was created in 1907 and originally featured on the Double Eagle, Americas highest denomination coin from the US Eagle circulation series. The design remained on that coin until 1933 when gold coining halted in the US.
The Reverse: The eagle has a fierce gaze, and the design is rendered in such detail that its beak and dense plumage look very realistic. The artist’s ability to do that is related to her experience as a former raptor handler when she was able to study the details of birds up close.

Gold Eagle coins from the U.S. Mint are one of the most recognized gold coins in the world. When Congress passed the Bullion Coin Act of 1985, the U.S. Mint's first major project was the creation of the Gold Eagle 1 oz coin, made entirely from gold mined in the United States.
This new 2021 Gold Eagle coin contains 1 troy ounce of pure gold, plus a new anti-counterfeit reeded edge security feature.

Due to heavy demand and the current shortages of U.S. Mint manufactured products, you may experience delayed delivery times. We are currently taking pre-orders for all U.S. Mint products. If you would like to proceed with your order and have questions, please feel free to contact one of our sales representatives to discuss delivery dates.