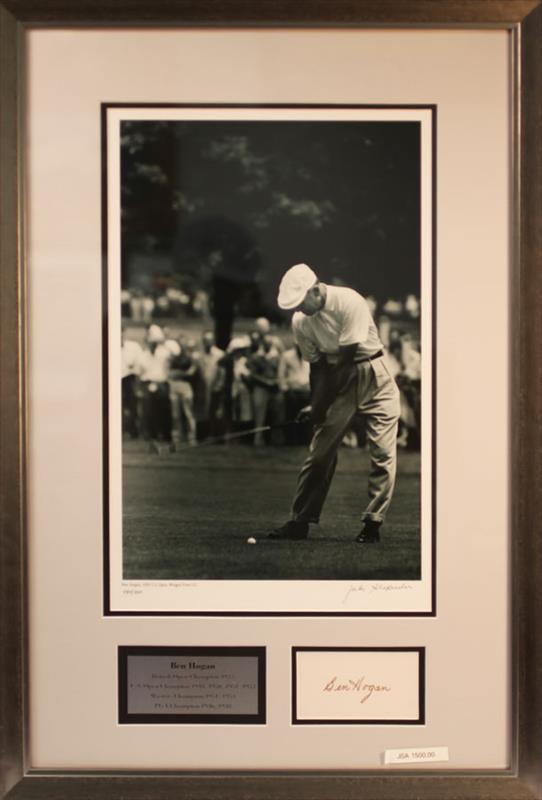 Hogan, an American Professional golfer, is generally considered to be one of the greatest players in the history of the game. He is notable for his profound influence on golf swing theory and his legendary ball-striking ability. During Hogan's prime years of 1938 through 1959, he won 63 professional golf tournaments despite the interruption of his career by World War II and a near-fatal car accident. This vintage photo, later titled “A Study in Power” is signed by the photographer Jules Alexander. The frame also includes Ben Hogan’s Signature autograph and commemorative plaque.