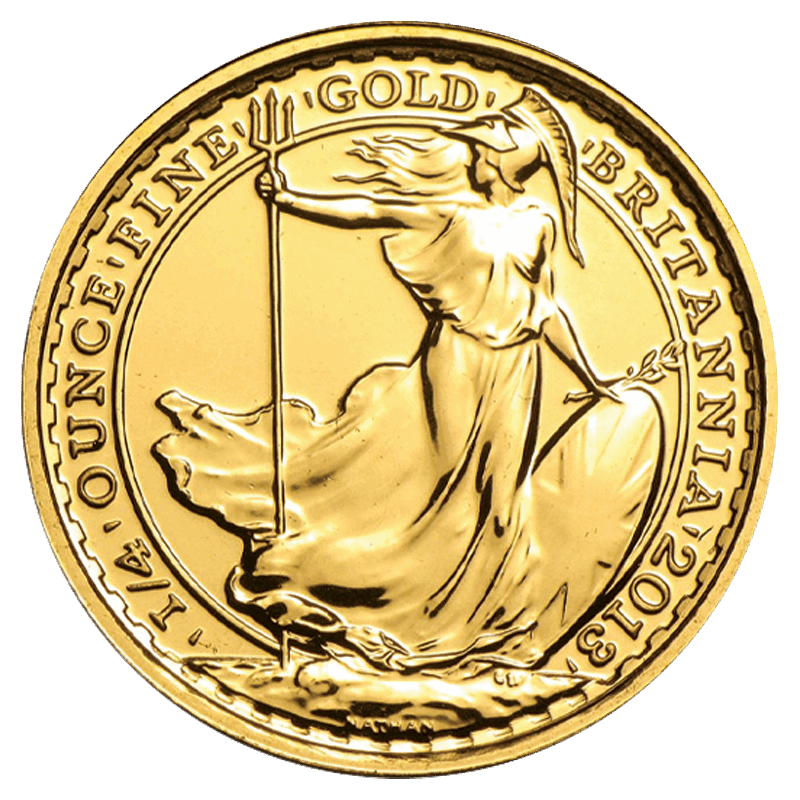 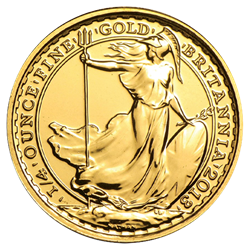 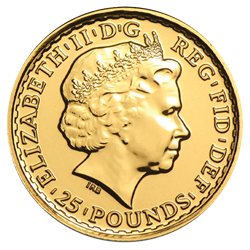 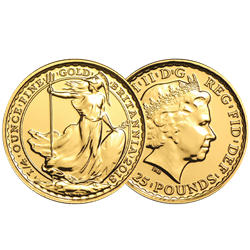 These 1/4 oz Gold Britannias come from the Royal Mint of Britain, and feature .9999 gold purity and a 25 Pound face value. We have these 1/4 oz Gold Brits in stock and ready to ship. The Britannia coin from the Royal Mint is a popular bullion product, both in Europe and around the globe. Britannia has served as a symbol of Britain for almost two thousand years. It was only natural that the image would eventually be used on coins struck in the country. The term Britannia originated during the time of the Roman Empire. As the Romans sought to conquer the British Isles, the term Britannia came to be used in the Latin language to describe the island itself. Later on during the Roman conquest, the term took on additional uses. The most common was as a term to describe both the island and the region as part of the Roman Empire. Eventually, the term became associated with the people of Britain.

Each of these 1/4 oz British Gold Britannias available today have the potential to be unique in their own right. These coins are available from various years of minting. As a result, the images of Queen Elizabeth II on the obverse could vary, as could the gold content of the coin. Since ascending to the thrown in the 1950s, Queen Elizabeth IIs portrait on coins has been updated three times, the latest coming in the early 2000s. Additionally, all Gold Britannia coins struck before 2013 are 91.67% gold. Coins struck during 2013 and after are .9999 fine gold.