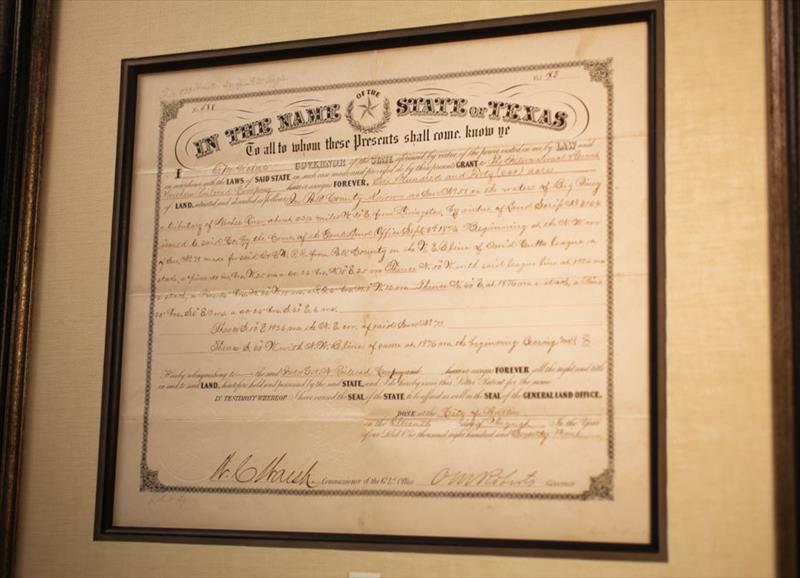 IN THE NAME OF THE STATE OF TEXAS LAND GRANT 1879

IN THE NAME OF THE STATE OF TEXAS LAND GRANT 1879
In order to build a tax base and encourage settlement in the new Republic of Texas, the government instituted a liberal policy of distributing the public domain to incoming settlers. Land grants were contingent upon certain conditions; the amount of acreage issued was based on the time period in which an immigrant arrived in Texas.

This historic document is beautifully framed and ready for display.